The Proteus Powered by WINAICO

New Zealand company X-Craft have recently been making waves with the successful development of the autonomous boating drone named, "The Proteus". Named after a mythical Greek Sea-God, the design was developed around adaptability in tribute to the deity. The Proteus is described as an "extreme endurance, rapid response unmanned surface vehicle, offering true multi-role capability, ranging from Fisheries Protection to Search and Rescue, Scientific data capture and Post Disaster response" (www.x-craft.co.nz)

The engineering design of the craft means it can theoretically operate over infinite distances over several months without needing maintenance or fuel due to the onboard generation systems. The combination of a solar array, wind turbine and capacity batteries provides enough energy for all transportation, measuring equipment, electrical guidance and the autonomous computer.

The development of this craft is a step forward in tackling prevalent issues that float near New Zealand's shores. Rampant illegal fishing has breached environmental protection and endangered lives across the coast of the island nation. Drug trafficking is another issue that is not well monitored by the current system around the border.

The Proteus is the solution, providing long-periods of surveillance without endangering any human pilot. The stealth design reduces visibility providing a significant asset as a covert observer. Twin-electric motors mean the Proteus can rapidly deploy to any location in the sea and provide instantaneous assistance and operate as a lifeboat in extreme instances. The combination of AIS, Sonar, Radar, Optimal and infrared cameras demonstrates the data recording capability. The self-described "Swiss Army Knife" will be able to provide a magnitude of uses over extended periods without maintenance, fuel or a pilot.

So why is WINAICO discussing an autonomous drone in New Zealand? The Proteus has four WSP-340MX modules installed as part of the power generation system on the outside of the craft. In collaboration with a wind turbine, WINAICO provides the essential localised power generation that enables the long-term journeys of the autonomous boat. The high-powered solar modules are well suited for this role with engineering design to operate in extreme conditions.

While not the expected use for the modules, we expect great things moving forward from the X-Craft Team and are pleased to see The Proteus in action. The solar modules installed and the autonomous boat are products of great engineering design and we are confident in the future of the company.

Are you a homeowner that lives near the water? Or maybe an autonomous craft designer looking to power your design? Below are a few reasons to why WINAICO can be the ideal solution.

Salt Mist is a constant concern around the coast and in Australia, 95% of all residents are within 100 km of the sea. It was therefore critical to test beyond the current industry standard to ensure viability for homes in all locations.

Through the Voluntary Product Certification (VPC) testing our modules were exposed to extreme salt conditions for 56 days straight with no registered change in power or degradation. The test also conducted a damp heat simulation where the modules were kept in 85% relative humidity at 85 Degrees Celsius for 125 days. Both examinations demonstrate the water-resistance of WINAICO's products and would be an ideal option for seaside residences and autonomous sea drones.

Another reason that the WSP Range is an ideal option for coastal installations is the WINAICO patented Drainage Edges. No other panel in the world uses edge cut external L-key Corner pieces the way WINAICO has on the WSP Range.

The exclusive feature means you modules will drain water, dried salt and dust away from the surface of the module and stay cleaner for longer. This design aspect means we can produce more power in environments with high airborne particle environments. This asset is very useful for seaside locations, high wind areas or when the modules are installed near horizontal angles.

Hail is a rare weather event but can cause irreparable damage. WINAICO believes that testing to resist extreme weather events is key to developing modules with longevity.

WINAICO was one of the first manufacturers to stimulate the TUV Rheinland Toughest Hail test for solar modules. The examination used hail impacts at larger speed and size than what is currently required in Australian module standards. The hail had 4x the impact energy as a usual test and WINAICO products left out without a scratch. With full exposure to the elements on top of your roof or in the ocean on a sea craft, it is reassuring to know that the modules installed can take a higher level of punishment than most.

To see the results of that hail impact test, click the button below.

The Proteus is a clear example of engineering design and construction. Phillip Solaris and the Team at X-craft should be proud to have developed a working prototype in response to real issues along the New Zealand Coastline. Well done to them.

The application of the WSP Modules makes all of us at WINAICO quite proud. To see the modules contributing to this engineering design is remarkable and we wish the NZ team the very best of luck with their future endeavours. If you would like to find out more about The Proteus or the modules used, please click one of the buttons below. 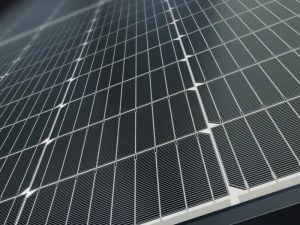 WINAICO has updated the Performance Warranty on the Gemini Series, see how that upgrade will affect our future energy production. 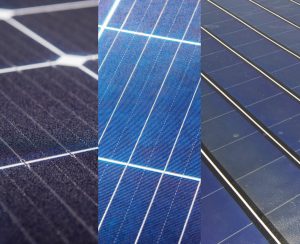 What Types of Solar Panels Do You Need

We outline the key differences between the 3 common types of solar panels and help you choose the right solar technologies for your applications. 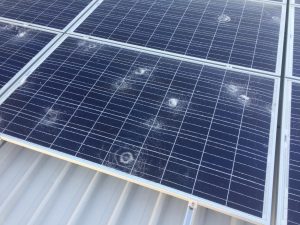