Solar modules are built to last on your rooftops for over 25 years. However, the brittle silicon can be broken through its life and is almost impossible to detect with the naked eye. Taking good care of your solar module is important, and Blair and Finn aim to show what happens when solar is mistreated.

Below is a short video of an extreme physical test on a series of solar modules, showing how damage can occur and how they can be diagnosed with speciality equipment. Massive thank you to Finn Peacock and the SolarQuotes team for working on this video and providing some great kicks.

The video demonstration was clearly a fun joint project between Blair and Finn, with an innovative way to simulate load and impact. The presentation illustrates just how easy it is to damage a solar module and how the industry can detect these changes with the help of thermal cameras.

We took several images during the stress test and can further elaborate on how we can identify the different types of solar module damage.

Invisible to the Naked Eye

The following two images were taken by the same FLIR thermal camera used by Blair and Finn during this recording session. The camera is capable of capturing an image of the visible spectrum of light (normal photography) as well as the infra-red spectrum which can be used to create a thermal image.

The two images demonstrate the effectiveness of using thermal imagery for solar module testing. Once the modules were shunted and begin heating up, power is forced back through the cells and any faults such as micro cracks or solder faults will concentrate the power through a specific cell creating regions of increased temperature.

The standard image looks normal however the thermal image demonstrates micro cracking occurs through this specific cell with a 15 Degrees Celsius increase compared to the rest of the module. 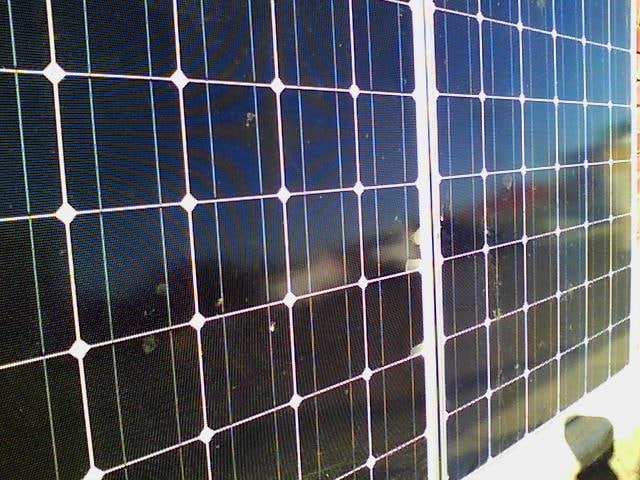 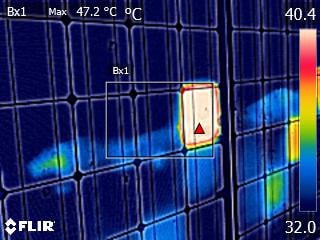 The Impacts of Damaging Solar

The following two FLIR thermal images demonstrate the impact of damaging solar by standing on them and impacts such as kicking. The first image depicts some damage to the module on the right, while the middle module did indicate some load weight on one of its strings. After the middle and right module were stood upon by Blair and Finn, the damage is unequivocally worse with greater frequency of broken cells and higher temperatures differences.

The module on the left represented high impacts or sudden load against a solar module. The images clearly depict exactly where Finn struck the module, with a tight collection of cells illuminated with the help of the thermal camera.

The types of trauma experienced by a solar module can be identified with tools such as a FLIR camera and it is important to know as an installer how to avoid causing faults such as these. 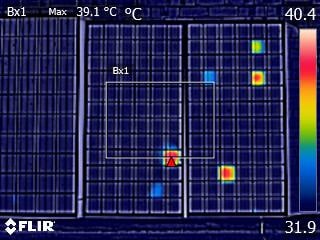 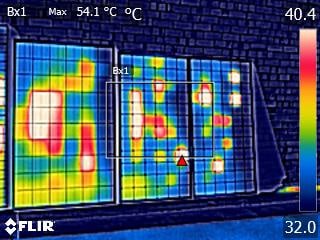 How to Avoid Damage to your Solar Cell

While using a thermal camera might be a useful method to check for damage, the equipment can be difficult to access and most installation companies may not be able to check every module for invisible damage after delivery. This can result in solar modules performing poorly before they even get onto the roof.

To avoid this, make sure you get a manufacturer that goes above and beyond when transporting their solar modules. WINAICO recently did a stress test on our solar boxes by putting over 1 tonne of weight on an empty module container, full video can be found here.

If you would like to get in touch with us, send us an email or give us a call. 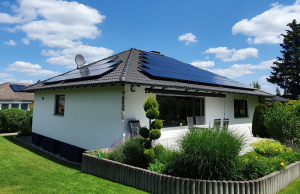 9 Tips for Choosing the Right Solar Panels for Your Rooftop

A solar installation is a large upfront investment, and choosing the right quality components can reduce the maintenance problems and set your installation up for success. 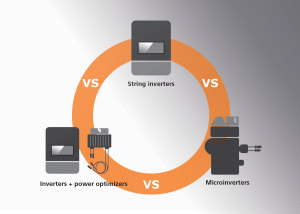 We show you the benefits and drawbacks of string inverters, power optimizers and microinverters so you can choose the best inverters for your solar needs. 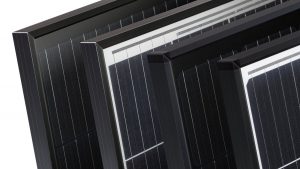 What Is Tier 1 Solar Panel and Is It Important?

We answer what tier 1 solar panel is. We’ll show you a few tips on how to look beyond tier 1 solar modules for high-quality rooftop solar installations.