How Do Solar Modules Work?

Solar modules operate through a phenomenon known as the photoelectric effect. In short, the two layers of silicon under solar radiation will generate an electric field causing a shift in electrons in a circuit that is closed. The fundamental design of solar panels is almost identical to a diode, with both components using doped silicon to manifest electrical properties. We characterise the performance properties of silicon under the Ideal Diode Equation on a Current-Voltage Graph or more commonly known as the I-V Curve. 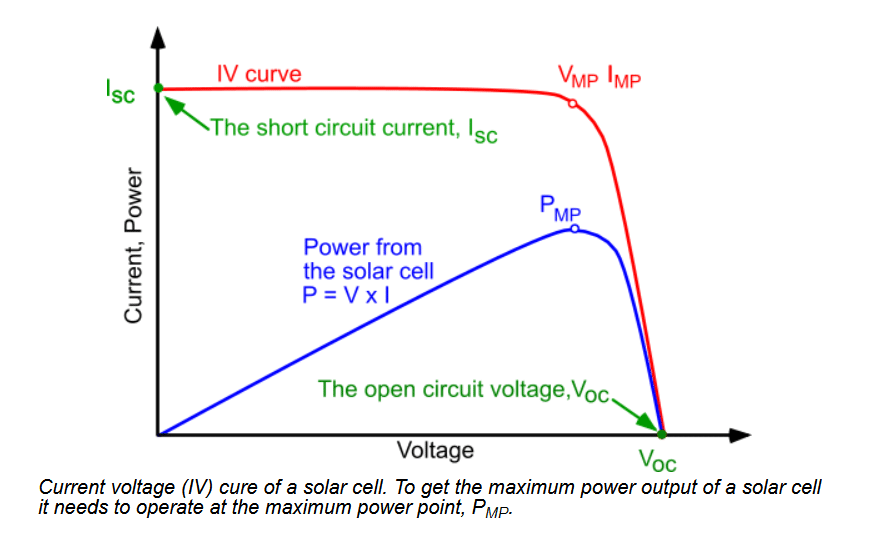 Solar modules respond differently under exposure to current, voltage and solar radiation. The image attached demonstrates a simplified explanation of an I-V Curve. The red line demonstrates the relationship between the voltage and current of a solar cell under constant radiation. When a cell has no voltage (closed circuit), the current is at its maximum value in the I-V curve, known as the Short Circuit Current [Isc]. When voltage is at its maximum (open circuit), the current becomes 0 and this is known at the Open Circuit Voltage [Voc].  These two factors are considered the two ends of the effective range of a solar panel when producing power.

To acquire the highest efficiency of a solar cell, electrical equipment must find the Maximum PowerPoint. An optimal relationship between voltage and current must be identified to produce the highest amount of power at any given time. Engineers have developed ways to “sweep” a solar module by measuring the current while rapidly changing the voltage from 0 to the Open Circuit Voltage or maximum voltage. This technique has been used to help classify module performance.

Flash testing is a laboratory analysis using the voltage sweep technique to characterise the performance and electrical characteristics of solar modules. All modules sold in Australia must be Flash Tested under the IEC 61215 standard. Flash testing under the IEC procedure is the minimum requirement for module classification under the Standard Testing Conditions (STCs). Those conditions are critical and must be observed if modules are to be compared.

STCs under the IEC 61215 for panel testing include:

These conditions represent the optimal environmental variables used for module performance testing. The performance of solar modules can only be compared through the application of the same foundation set by the STCs.

Who Can Do Flash Testing?

In short, anyone can do a basic analysis for measuring solar performance. A variety of inexpensive options can be used to gauge certain performances of solar modules in and outside laboratory conditions. However, a true Flash Test must be completed by a laboratory that explicitly tests to the IEC standards.

Only a handful of laboratories in Australia have the knowledge or equipment that is necessary for a genuine IEC 61215 test due to the level of training and cost. One well-known laboratory that test to those standards in Australia is the CSIRO Energy Centre in Newcastle which uses the Spire 5600SLP high-end flasher. Another reputable PV testing facility is PV-Labs based in Canberra with a clear rise in quality of equipment and personal compared to standard testing locations.

Both these labs use extremely accurate equipment for testing solar module performance characteristics, regardless of the technology type.  The image above demonstrates the market shift of silicon technology types in photovoltaic models. Passive Emitter and Rear Contact (PERC) began to significantly rise in the industry in 2017.  WINAICO was one of the first solar manufacturers in the world to develop a 285 Watt Monocrystalline PERC module back in 2012. This adoption of new technology and higher power class reflects WINAICO's ethos to lead from the front in the global solar industry.

As modules technology changes, so too the flash testing procedure.  PERC, Heterojunction Technology (HJT) and Interditigated Back-Contact (IBC) have become popular options for solar manufacture around the world. The image above shows a clear majority of the current solar market being attributed to the three silicon technology choices. Flash Testing require new testing parameters to accurately measure the performance of these solar cells.

The Passivated surfaces store charge in the neutral regions of the solar silicon. The sweeping test methods of the flash tests create transient artefacts in the measured I-V Curve and steady-state flash testing is necessary for genuine results. (Source: Henri Vahlman) 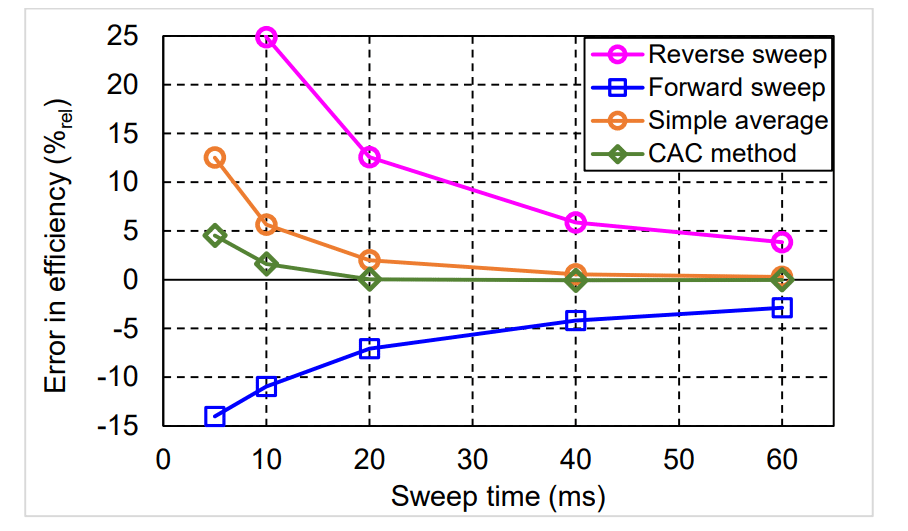 The image above demonstrates the effective error by improper flash testing. The residue capacitance in cells can cause significant changes in relative efficiency that are not accurately detected in lower-cost measuring equipment. Inexpensive testing equipment will operate a sweep over 10-20 milliseconds, leading up to an error of up to 25%. The error of a flash test is reduced for elongated periods of I-V sweep which is more common in new and IEC approved testing equipment. The acknowledgement of capacitance interference is a factor that is accurately accounted for in IEC laboratory facilities. It is important to acquire to ensure the adequate testing procedures and equipment that abide by the IEC 61215 testing standard.

What Can Flash Testing Detect?

Flash testing produces the I-V curve used to determine the electrical characterises of performance. Analysing the produced curve allows greater insight into high-quality manufacturing and longevity. WINAICO uses flash testing as well as electroluminescence photography on all our modules as they leave our factory. This provides an additional assurance that every product is guaranteed to perform the moment they come from the production line.

Flash testing modules after installation provides a more detailed explanation of any faults or issues that may occur. Identifying the changes in electrical characteristics from the manufacturer's flash test to one several years later can be useful in diagnosing some of the problems within the silicon cell. Below is an example of a fault found from just looking at the I-V curve.

Series resistance is a characteristic of solar cell operation. Ideally, series resistance should be as low as possible to enable the highest number of electrons to pass through a circuit. WINAICO has been famous for producing modules with incredibly low series-resistance. The image below demonstrates the impact of series resistance on a solar module. An increase of series resistance after installation can be attributed to the rise of microcracks from external impacts on the fragile silicon underneath. 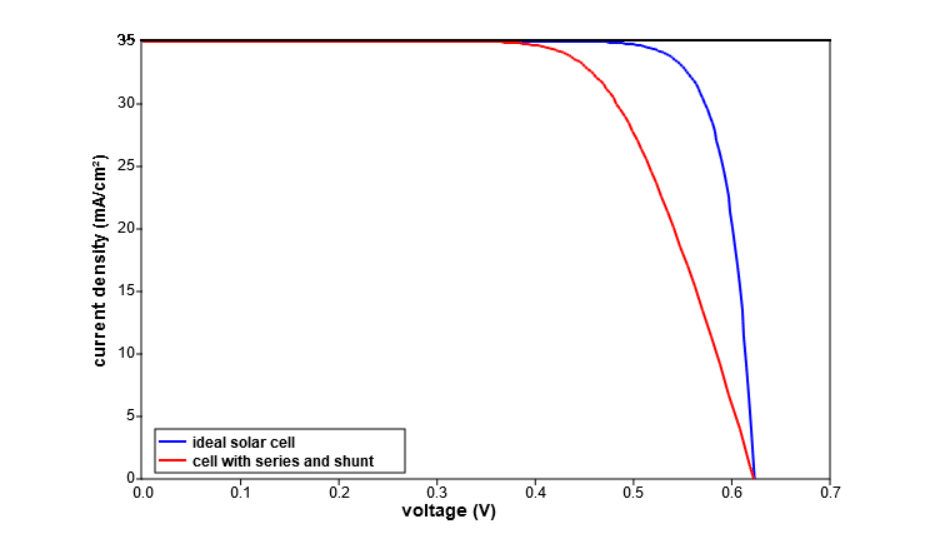 This graph above demonstrates the importance of taking care of solar modules after delivery. The graph reflects a solar module that was not properly managed and developed microcracks during the installation process. As noted, the series resistance has increased in reducing the maximum efficiency and power of this solar panel.

Flash tests should almost always be accompanied by the other components of the IEC 61215 testing procedure. A thorough visual examination and Electroluminesce images should also be included when completed any solar performance testing. Almost all certified testing laboratories will include these other two components when completing a flash test to diagnose faults correctly. Without these two additional tests on top of a flash test, the report will be incomplete.

Microcracking can cause a detrimental impact on the longevity of solar cells. Care should always be taken during installation and transportation to avoid causing impacts on the long-term performance of a solar array. WINAICO has proven itself more than capable of performing with the right level of care.

The Desert Knowledge Australia Solar Centre demonstrates WINAICO's power to perform. The WSP Polycrystalline modules that we installed in 2012 are a clear example of longevity after installation. SolarQuotes described WINAICOs low degradation rate and performance in a blog post. Even after 8 years, the WSP-P6 modules are operating well above the performance warranty and other competitors installed in more recent years. 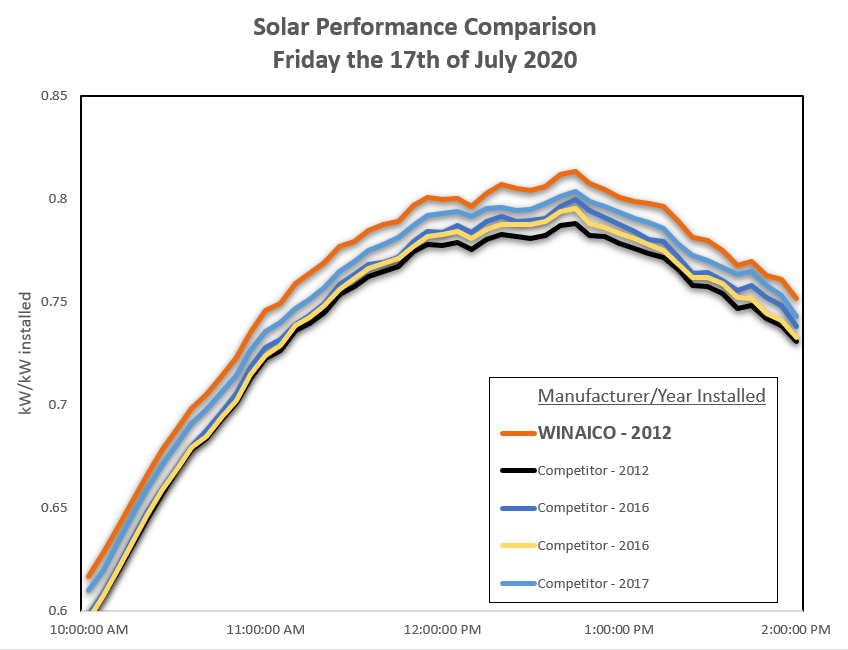 Desert knowledge is the demonstration of WINAICOs performance in Australian conditions. Our panels were designed to be the optimal choice for performance in today's solar market. Be sure to try and avoid those microcracks to get the best our of your WINAICO solar modules. 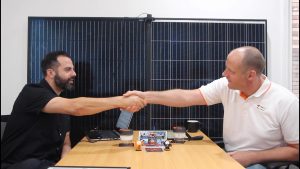 Convos with Clenergy: Welcome to WINAICO

Blair Joins Sean Guzzi for the last ‘Convos with Clenergy’ episode for 2020. The two talk all things solar in Australia, the future of the industry, international relations and politics. 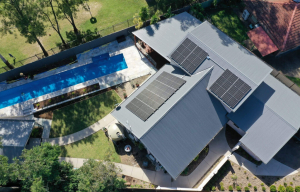 Make Your Solar Panels Last Longer With These Expert Tips

We discuss how long do solar panels last, what impacts power degradation and how to maintain the panels to keep them working throughout the lifespan. 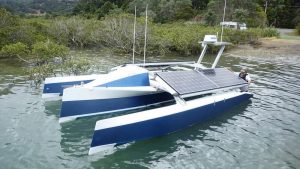 The Proteus, Powered by WINAICO

Using the WSP-340MX modules, the Proteus is well equipped to fight illegal fishing and drug trafficking of the NZ Border for months on end.